We love Reglagene’s global impact potential as a cost-effective disruptor to the chemotherapy space. Despite advances in cancer therapies, 62% of patients with stage II-IV cancer still receive chemotherapy as a frontline treatment, and 86% of those patients report side effects and toxicities. Reglagene approaches this toxicity issue by developing Precision Chemotherapy, a novel way to selectively target tumors, while sparing healthy tissue. A major value proposition is that Reglagene’s lead compound crosses the blood-brain-barrier (a filter that protects the brain from toxins). Innovative therapies have lagged for brain cancer owing to the difficulty of crossing this barrier, making Reglagene’s compound ripe for changing the treatment paradigm. We also have high confidence in Reglagene’s management team and their pathway to a positive return on investment.

Reglagene’s oral Precision Chemotherapy medicines are designed to be more effective and combat the toxicity issue that occurs with traditional chemotherapy. Traditional chemotherapy works by indiscriminately causing DNA damage in both cancer and healthy cells, resulting in many unwanted side effects. Precision Chemotherapy is a novel approach to cancer treatment that can selectively induce DNA damage in tumors, while sparing healthy tissue. This should be the solution for the decades long toxicity issue for patients undergoing chemotherapy.

Reglagene’s technology is based on 20 years’ of research by Dr. Laurence Hurley, Reglagene’s Chief Science Officer. He discovered natural features in genes known as “quadruplexes” that control the rate of gene expression, the process by which the information encoded in a gene results in protein production. Further, Dr. Hurley discovered methods that enable the creation of medicines to selectively interact with gene quadruplexes to either enhance or inhibit their rate control function (Quadruplex Master Switch Technology, or QMST). The practical effect of these medicines is to target specific quadruplex structures that are overexpressed in cancer cells. This process results in DNA damage, cell division to pause, and cell death.

New targeted therapies such as immuno-oncology therapies, CAR-T, gene-editing, and others, are expensive, invasive, and often difficult to receive. Reglagene’s Precision Chemotherapy medicines are orally administered in tablet form as the therapeutic modality. The effect of these medicines persist only while the medicine is in the patient’s system (safer), can be delivered systemically to the brain (targeted), and are the lowest cost therapeutic class (global impact). These are medicines for a global market. 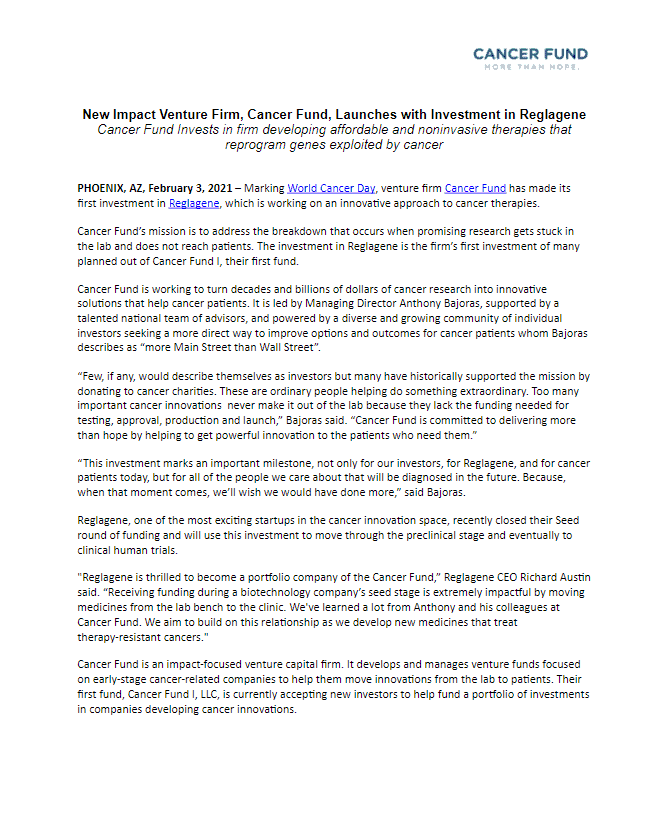 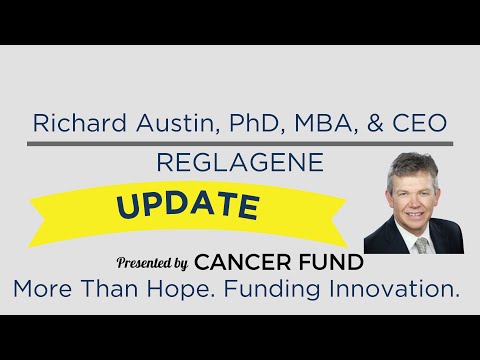 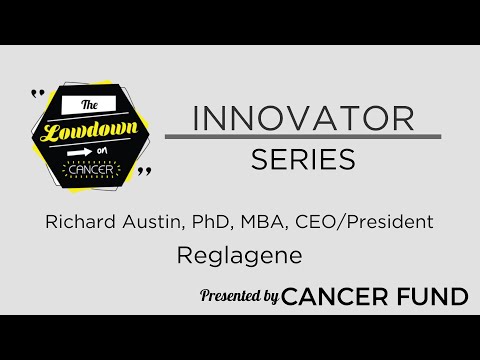 Ann Low of The Lowdown On Cancer interviews CEO Richard Austin to introduce Reglagene to our community.

*BioAccel is tax-exempt under §501(c)(3) of the Internal Revenue Code, EIN 26-2751302.The mission of BioAccel is to accelerate the development of new companies and biomedical products by providing entrepreneurs with the needed training, mentoring, and early-stage funding support. Information concerning BioAccel including financial information, its purpose, and its tax returns, may be obtained without cost by writing to our principal place of business at the following address: BioAccel 4602 N 16th Street, Suite 303 Phoenix, AZ 85016, or by calling BioAccel at (602) 385-3210. Your contribution is deductible to the extent permitted by federal law and will help BioAccel meet its mission. Donations solicited and accepted by BioAccel are limited to: Arizona, Idaho, Wyoming, South Dakota, Nebraska, Vermont, and Puerto Rico.